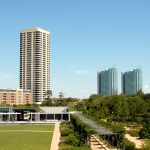 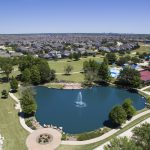 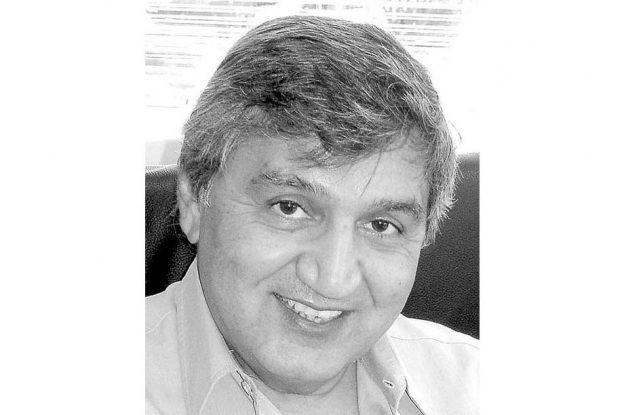 SARASOTA — Ali Ebrahimi had every intention of remaining in his native Iran, running the construction and development company he’d begun in the late 1960s.

In 1979, as the country became swept up in the turmoil of the Iranian Revolution, Ebrahimi and others had their businesses seized.

Fleeing the Muslim-backed revolutionaries, Ebrahimi emigrated to the United States, where he’d gone to college, first at the University of Maryland and then Catholic University.

Ebrahimi thought briefly about returning to either College Park, Md., or Washington, D.C., to the scene of his higher learning.

But taking a cue from an employee from Texas — and a spread in an in-flight magazine — Ebrahimi set his sights on securing a new home for his company, in Houston.

Within two years, Ebrahimi’s Ersa Grae Corp. — the name combined two partnerships he once registered in the Netherlands Antilles — had begun work on its first American venture, a 32-story, 120-unit condo project in the developer’s adopted hometown.

Other projects followed, in places like Dallas and Santa Monica, Calif. Ebrahimi also developed in Florida. To date, Ersa Grae has chalked up $600 million worth of projects in the state.

Locally, Ersa Grae is putting the finishing touches on the Plaza at Five Points, a $75 million, mixed-use project with 50 upscale condominiums, 110,000 square feet of office and retail space and a 430-space parking garage designed by the ADP Group Inc.

Ebrahimi contends that the 16-story Plaza at Five Points, when completed, will be among Sarasota’s finest and most respected buildings.

“If you walk through Plaza at Five Points and then other, similar buildings in town, you’ll see the difference in quality,” he said.

“The materials we’ve used, the lobby, the kitchens and bathrooms, the finishes in the units, the totality of it. We’ve built a Class A building.”

Ebrahimi would like to develop another Class A structure in Sarasota as well, and he remains hopeful that his $141 million vision for Plaza Verdi will come to fruition.

Realistically, he knows the odds are long. In August, the City Commission scrapped Ebrahimi’s ambitious plans to build on the city-owned, 2.25-acre tract on Palm Avenue.

And those who have worked closely with Ebrahimi say it is his patience and long-range view, even amid setback and crisis, that sets his apart.

“When Plaza Verdi was going on, when it was unraveling, he didn’t get ruffled,” said Ian Black, president of Ian Black Real Estate, the real estate brokerage firm leasing Plaza at Five Points’ commercial space.

“He doesn’t get upset,” Black added. “I’ve learned a lot from him. He’s very balanced. He’s a tough businessman and negotiator, but he’s also very calm about things, and he has a good eye for projects.”

While Ebrahimi remains committed to Plaza Verdi, he’s also working on a pair of projects in Naples.

In one, he’s building a hotel, a yacht club and 200 residential units. The other, Renaissance Village, will contain 250 homes and a 200,000-square-foot retail town center.

Just as Ebrahimi is still open to developing Plaza Verdi, he’d also like to return someday to his homeland — though only for a visit.

“You just never know what life will dish out,” Ebrahimi said. “I’ve found the difference between success and the lack of success is a thin line of events in your life.

“Most success is being in the right place at the right time.”